Have any questions or suggestions for us? Send your opinions.

The United Nations Global Compact is an international ethical commitment initiative for organisation from all countries to implement ten principles of conduct and action in the field of Human Rights, Labour, Environment and Anti-Corruption as an integral part of their strategy and operations.

1. Businesses should support and respect the protection of internationally proclaimed human rights; and

2. Make sure that they are not complicit in human rights abuses.

3. Businesses should uphold the freedom of association and the effective recognition of thE right to collective bargaining;

4. The elimination of all forms of forced and compulsory labour;

5: the effective abolition of child labour; and

6: the elimination of discrimination in respect of employment and occupation.

7. Businesses should support a precautionary approach to environmental challenges;

9. Encourage the development and diffusion of environmentally friendly technologies.

10.  Businesses should work against corruption in all its forms, including extortion and bribery.

Just three years after it joined, in July 2012, the Spanish United Nations Global Compact Network appointed SIGRE as a member of its Executive Committee.

SIGRE’s signature of and accession to the Global Compact; the support and dissemination to internal and external audiences of the ten principles by which this international initiative is inspired; the high score obtained by the yearly progress reports submitted; the selection of different good practices undertaken by SIGRE as an example of the application of these Principles; or the publication of the CSR Reports for the past three years are just some of the reasons that led to this appointment.

Committing to adhere to these principles marks an integral commitment to social responsibility by SIGRE, and has also been applied to the entire value chain.

SIGRE has repeatedly renewed its commitment to the Global Compact initiative by publishing annual progress reports reflecting the actions, results and objectives undertaken to meet these ten principles.

Only 304 of the more than 10,000 companies taking part in the Global Compact have achieved this highest category in which the progress report is valued.

In Spain, only 54 of the 2,409 signatories have earned this highest score.

More information on the Global Compact at www.unglobalcompact.org 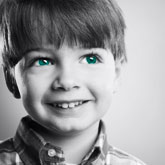 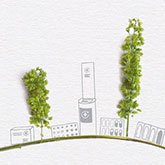 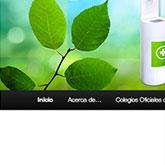 If you want to subscribe to our newsletter please fill in the form below:

We use our own cookies and third-party analytics to analyze your browsing habits and be able to offer you our content based on your interests and improve your security. Here you can adjust your cookie preferences (including their deactivation) or accept them all. If you need to know more, go to "More information".
They allow the user to navigate through the website and use the different options or services that are there. These cookies are necessary for the operation of the service offered.
They allow to quantify the number of users and thus carry out the statistical measurement and analysis of the use and activity that users of our website make.
They store information on the behavior of users obtained to display advertising based on it.
More information